Cart(1)
View cart “The Adventures of Cobasfang War of Three Realms (Hard Cover)” has been added to your cart.
Take a Peek Inside (Paperback) 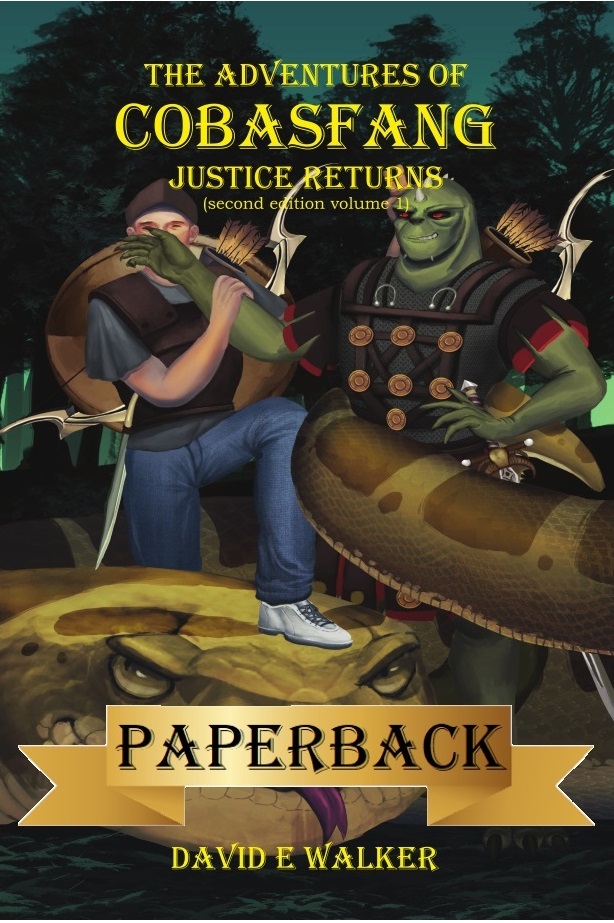 Our story begins in a quiet village posted just outside the razor bush barrier of the Shadow Forest. That’s where we meet Ty and his friends for the first time, hanging out in his tree fort. But before Ty could throw down his hand and win another game of cards. His little brother burst inside and shouted out the words that would change history forever. Come Quick, Dad’s hurt. So, Ty raced home to discover his Dad shattered his leg and without the precious medicine for his Grandmother.

Since there was no other choice to gather those precious stones anywhere within the boundaries of his village. Ty ran into the savage Shadow Forest to find the mystical blue fire rubies or die trying. Except sneaking past wall of razer bushes surrounding Ty’s home wasn’t his only problem. The Shadow Forest was a forbidden realm. A tormented realm, cursed with hideous monsters and vicious insect creatures that ride on the backs of giant rats.

Deep within this formidable land and desperate for survival, Ty finally joined up with the most savage team of creatures imaginable. A fierce, slithery, fifty-foot vipercon named Normack and Torg, a half-man half-reptilian Zintarian Guardian.

Throughout this desperate journey they never-stopped teasing of each other. However, with their unstoppable determination, this ragtag trio ignored everything and blasted into the unexplored corners of the Shadow Forest. It was at that point the desperation of Ty’s quest collided with the reality of his mortality. It was at that moment that Ty would realize his destiny.