Cart(0)
Take a Peek Inside (Paperback) 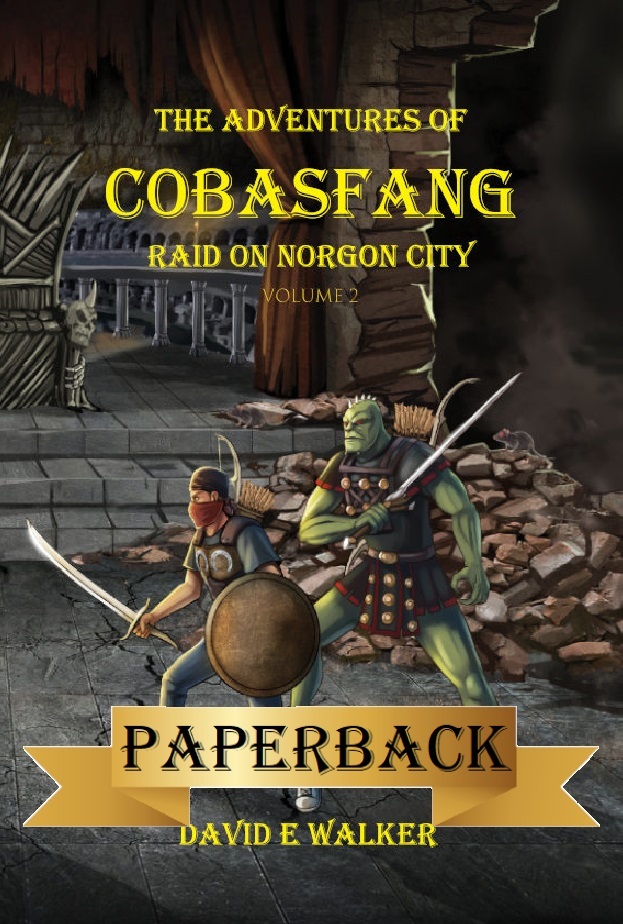 Vowing to stop Lord Drockmar’s plot to reign supreme, Cobasfang and his friends must survive long enough to launch a raid into Lord Drockmar’s lair. Their mission; Steal the cursed Black Sapphire from around his neck and prevent him from slaughtering the Zintarian race. But time’s running out. Ty’s village is already fighting their way through the Shadow Forest to rally behind Queen Lylah.

In the long awaited second book in a three-book trilogy David Walker, The Adventures of Cobasfang Raid on Norgon City follows Ty, Torg, and Normack’s incredible adventure as they make their way back into the action-packed fantasy world of the Shadow Forest. But this time, their mission is clear. They have to find a way to stop the self-proclaimed Lord of all Norgon’s, Lord Drockmar, and his never-ending thirst to rule over all who live within the worlds below ground by releasing his hordes of rat ridding creatures and ripping the Crystal Mountain apart.

With war looming in the cold, heartless caves and the fate of every creature teetering in the balance, Ty reached out to Queen Lylah for the help of a few Royal Zintarian Guardians. His plan was to sneak into the heart of Norgon City undetected and steal the cursed black sapphire from around Drockmar’s neck that he uses to control his hordes.

But Ty was never a fool. He knew if they failed, there wouldn’t be anyone left to stop Drockmar’s bloodthirsty desires to reign supreme. So, he came up with a back-up plan. A plan harder to pull off than teaching a pig to fly. Ty knew that before they invaded Lord Drockmar’s lair, he had to return home and seek his village’s aid to help turn the tide of war if they should fail.

At first, everything was going as planned until the Guardians left the safety of the great city of Zintar. That was when the fantasy world of The Shadow Forest raised its unforgiving claws and began slashing Ty’s team apart. They never made it far until the action swelled up and surrounded our warriors. Within a few short hours after leaving the gates of Zintar, Ty had already lost half his team.

But quitting will never be an option. David Walker The Adventures of Cobasfang Raid on Norgon City won’t end without a fight!